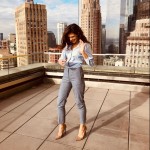 The craft brewery scene has really exploded within the past several years in the United States. Visiting a brewery is always a great idea to rest your feet after a long day walking around a city and have delicious food to eat while sampling the local brews. The following are some of the best breweries in the United States.

Sacramento is the capital of sunny & beautiful California, inland of San Francisco. To get to Sacramento, you can either fly into Sacramento International Airport (SMF) or you can drive from many of the nearby cities.

Even though this popular brewery has locations all over California, they started in Sacramento! They are known for is their PB&J beer, which actually tastes just like a PB&J sandwich!

About 200 years ago, Cincinnati was a bit of a beer-producing fiend. With loads of German immigrants pouring into the Cincinnati and northern Kentucky area (including my own ancestors!), they brought with them the beer-making practices from their old country.

You’ll love the unique setting at the alehouse. Located in a former church with multiple levels of seating, it is a really distinctive brewery, whether you’re going for post-work drinks or on a brewery tour of Cincinnati. Their traditional German Dunkel beer to the modern Nellie’s Key Lime Caribbean Ale Wheat Pale Ale, you’ll find a great brew in their historic church setting.

One of the most widely recognized breweries in Oregon, winning multiple beer awards, Breakside Brewery started in Northeast Portland in 2010 and now has expanded to three locations in Portland. Breakside is known for its diverse beers.

Known for their Berliner Weisses and West Coast IPAs, Divine Barrel has made a name for itself in the Charlotte brew scene. The industrial interior is decorated with plants hanging from the ceiling. This Charlotte brewery is dog-friendly inside, and out. And their lovely, cozy beer garden is the perfect place to relax with some local beers. There’s usually always a food truck on site.

Montauk has always been a great place to enjoy a beer after a day at the shore, but now it’s also a major craft beer destination, thanks to Montauk Brewing Company.   Montauk Brewing has grown to become one of the top 100 craft breweries in the U.S.. They have a great beer selection and very packed in the summer months. It’s definitely worth a visit. Must try: Their  Juicy IPA , it was crisp with citrusy aromas. Pints are $8 and a flight of 6 is $16. For the flight you get to keep a little glass as a souvenir which is a nice touch.